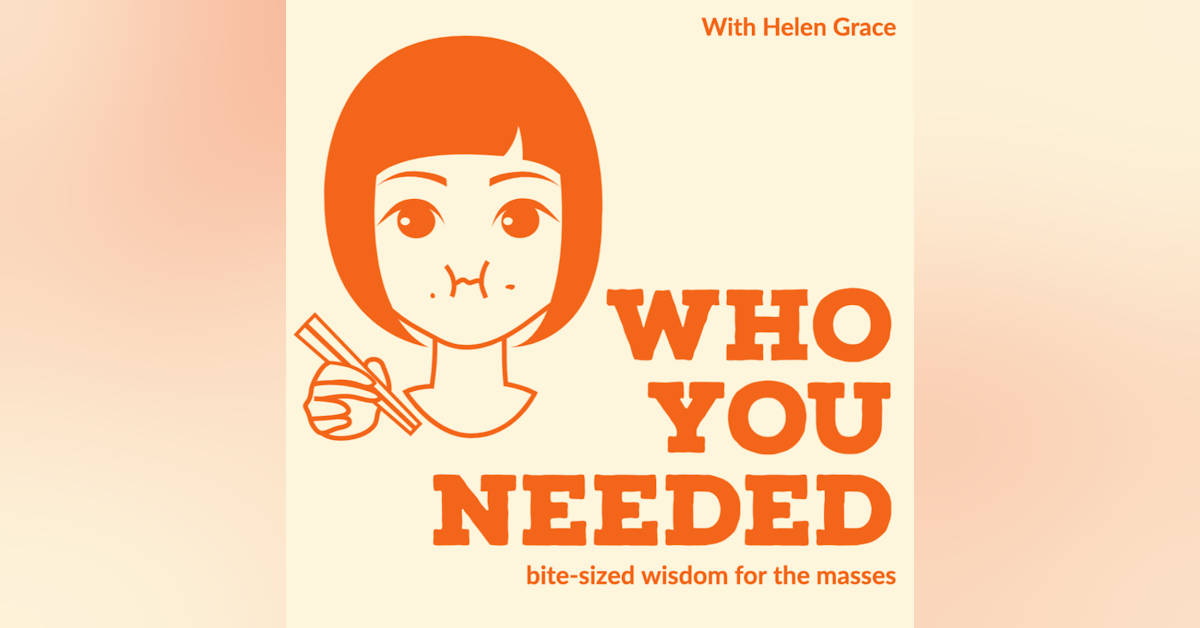 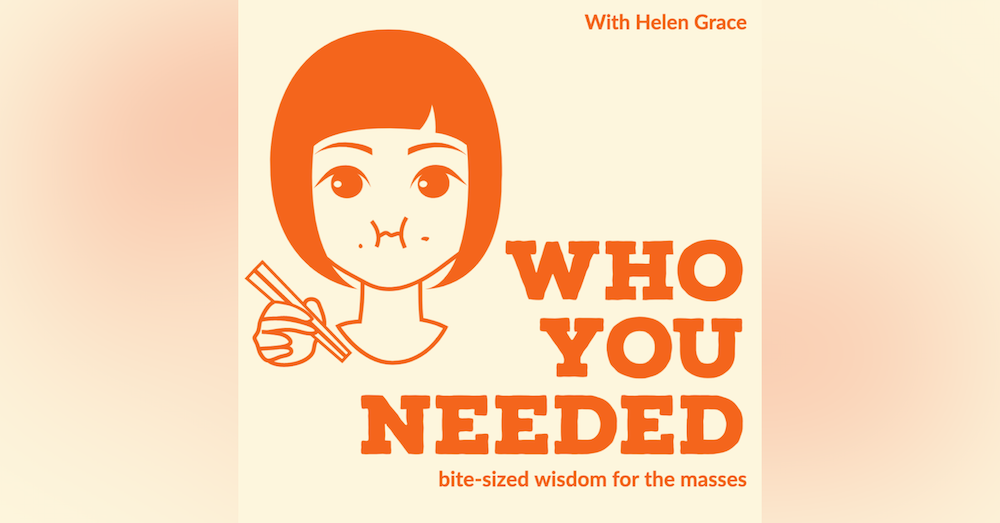 How can we use the awful, messy things that we've gone through to our advantage?

Thanks to Pod Decks, our listeners can get 10% off their first purchase  (use code: HELENDECKS)

Welcome to who you needed. Episode number 67. So good to have you. I'm starting something new, a weekly segment called triumph Thursdays, where I talk about one of my favorite segments from a book that I've recently read. And I talk about the trials that they've gone through and how those trials turned into triumph.

It's my effort of helping people remember that we're never perfect. That sometimes our greatest accomplishments can come from the hardest times today, I'm going to read an excerpt from one of my favorite books. The obstacle is the way by Ryan holiday, where he talks about Abraham Lincoln and his struggles with depression.

A lot of people actually don't know this fact that Abraham Lincoln actually had severe depression to the point where he couldn't get up out of bed. And he experienced suicidal thoughts regularly. But he was also the president during one of the most tumultuous times in history, the civil war, where the country was literally divided from the North and the South.

I'm going to read you an excerpt from the obstacles, the way from the chapter of the discipline of the will here, it goes. Even in his own time, Lincoln's contemporaries marveled at the calmness, the gravity and compassion of the man today. Those qualities seem almost God-like. Almost superhuman, his sense of what needed to be done, set him apart as though he were above or beyond the bitter divisions that weighed everyone else down.

As though he were from another planet in a way he was, or at least he had traveled from somewhere very far away, somewhere deep inside himself, from where others hadn't schooled and suffering to quote Virgil Lincoln learned to comfort. Those who suffered too. This too is part of the will to think of others, to make the best of a terrible situation that we tried to prevent, but could not to deal with fate with cheerfulness and compassion.

Lincoln's words went to the people's hearts because they came from his because he had access to a part of the human experience that many had walled themselves off from his personal pain was an advantage. Lincoln was strong and decisive as a leader, but he also embodied the stoic Maxim Justine at abstain bear and forbear acknowledge the pain.

But trod onward in your task had the war gone on or even longer. Lincoln would have led his people through it had the union loss of civil war. He'd have known that he'd done everything he could in the pursuit of victory. More important. If Lincoln had been defeated, he was prepared to bear whatever the resulting consequences with dignity and strength and courage, providing an example for others in victory or in defeat, whichever occurred.

And that's the end of the excerpt from the obstacle is the way, you know, just between you and me. For the longest time, I thought I had to be perfect, that I wasn't allowed to make mistakes. And as a result of that, I've stuffed everything down to the point of explosion, physical and emotional explosion, otherwise called an emotional breakdown.

And this past year, I've dedicated my life to reading a book every week books about the greatest people in the world and how they've made an impact. And one common pattern keeps coming up. The most impactful people in history went through some of the hardest obstacles and turn them into an opportunity to learn something.

Some of you already know this about me because I've shared it before on the podcast, but I've struggled with self-harm and depression for most of my childhood and into my early adulthood. And I've questioned over and over. How can I possibly use this awful messy thing that I've gone through to my advantage?

And now that I've read about Lincoln, I realized that I, I think if I didn't go through these mental health stumbles, I probably wouldn't have started the podcast. I wouldn't have opened up that shame-free space for people to share their stories for me to share mine. And so ultimately celebrate the failures that we've encountered as a result, I've stopped looking at my mental health diagnosis as a problem, and I've started seeing it as an opportunity to help other people who might be going through the same thing, because there's power that shame can have over us and hiding it's crippling even to have something so hard that you've been through and not.